The release of the new update 4.3 is expected tomorrow (11.10.17). This update will bring a lot of changes and interesting innovations. We have already informed you about the emergence of new skills for the crew, and other changes, but today we will share with news about the most important change – balancing the technique in patch 4.3.
Balancing is one of the main and most important elements for playing in tanks. For a long period of time, players reported to the developers about all the injustices in terms of the tactical and technical characteristics tanks. Some tanks were clearly advantageous, others were not much inferior to their “brothers.”

The balance of tanks in update 4.3

The rate of this tank was increased. Now, this tank will fire and hit, and the damage from it will be awesome.

The characteristics of this tank were too large, as a result of which the FV4202 became too prominent against the background of other tanks of this level, so the developers decided to reduce several parameters, for example, armor penetration, and the recharge time was increased from 7.29 to 7.86 seconds.

Here is the same situation as in the previous tank. Reduced armor penetration, reduced the power of the gun, and the recharge time increased 9.39 to 10.07 seconds

Here, too, there was a decrease. Since the tank has a well-protected onboard screen and the front of the tank, it was therefore decided to slightly reduce the thickness of the side screens.

Balancing tanks is not the last innovation in this patch. In update 4.3, the American mid-level tank X level M48A1 Patton will receive a legendary camouflage, more precisely not one but two: “Beast” and “Pitbull” 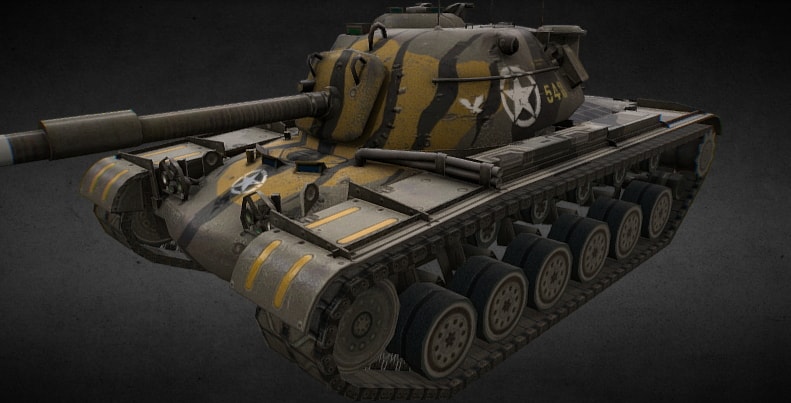 For all the V-VIII tanks under investigation, premiumization will be available, but the cost for each tank will be different, much lower than before.

What about mods in the patch World of Tanks Blitz 4.8?