Update 8.4 is coming to World of Tanks Blitz! It will introduce a Polish heavy tank branch, new legendary camos, three tanks featuring improved graphics and more.
The polish heavy tank branch starts off with the maneuverable 40tp habicha  at tier VI. At tier VII there’s the fast firing 45 tp habicha. At tier VIII you’ll find the powerful 53TP  Markowskiego. The sturdy and mobile 50TP Tyszkiewicza awaits you at tier 9. The crown jewel of the branch is the 60TP Lewandowkiego with a formidable gun and high damage per shot 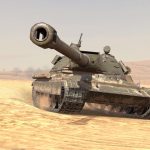 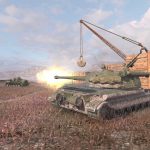 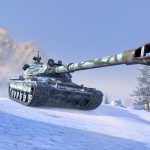 Where to download the update for World of Tanks Blitz 8.4

The update via the Goolge Play Market is still delayed and the developers have postponed it to the dates of the start of the event on Halloween and Marathon modes.

But how do you download the update for World of Tanks Blitz right now? To do this, go to a special section on our website, where the APK file has already been downloaded from official sources.

In addition, owners of Samsung devices can update the game directly from the Galaxy Store, and users of Huawei smartphones can download the game through the AppGallery.

The update has already been released on the Steam platform.

As you can see, the game can be loaded right now. There is only a difficulty with updating through the Play Market. But it will be solved soon!